A downloadable game for Windows

Description: You appear as Heather at the same place where James in sh2 went to the city, while you browse through location you met Valtiel which tries to open gateway to second part of map for you, in order for him to do it you must collect bunnies scattered all over map, the more bunnies you pick up the more monsters come at you. When you pickpup all bunies you run to the final door and part2 starts. Also during final run to the end Alessa appears and shows you the direction you should go towards the end.
The events of this game happen after Silent Hill 3, when Heather tries to leave Silent Hill but for Douglas dissapeares on her and her thought were that he was created by town itself and real Douglas is somewhere out there"

System req:
Window 7, DX11 Capable GPU(nvidia 650,760,960) 730 might work as well(contact me, i will help you lower the settings, or you can do it yourself in sh.lua file, just open it in notepad).
Oculus Rift DK2 Direct or Deepon VR supported(if you don't have VR unchek that option in menu)
Partial joystick support.


This game features mechanic such as tiredness - when it's 0 you will no longer be able to run and will need to stop or walk slow to restore it.


Main controls:
J - TO DIE!
up/down/left/right - to walk
shift+move - to run
ctrl+move - to run fast
left mouse button - to run(alternative)
C - to change to first person, third person and free camera
Space - to open the doors
Stuff from bunnies are picked automatically you only need to come closer to bunny.
Each place is limited with timer, when time runs out you die.
M - shows the map
You can skip main sequence by hitting 1 while in graveyard or uncheck it in menu


What is done:
2 huge levels with bunnies and monsters
difficulty variation
at present only lobby of hospital is implemented
heavens night only enter, corridor and exit is added(maria room will be added later)
eddy place loaded all except one room
historian society is implemented only as entering and first level of prison
at present time the demo will end when you open first door in prison

What is planned(probably at summer of 2016):
Prison level
Park level(where Heather originally left with Douglas)
Actual endings(2-4 of them depending on how well you run away from monsters)
Play as Alessa with ability to shoot monsters
Play together in lan mode

Problems:
You must have directX redistributable june 2010 installed in order to play it
In windows, audio playback devices_properties_advanced_default format must not be higher then 44100hz otherwise sound may fail.Use bat file to lunch the game


please send me all the bugs you have found so i can fix them.
You are free to make a video walkthrough(with sound voice) on this demo.
I have sources for perdedork exporter, if anyone reading this is c++ developer with knowlege of skinning animation in opengl and willing to help pm me.

This was done in my free time in Easy3D engine as a little summer project. 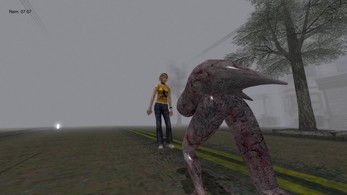 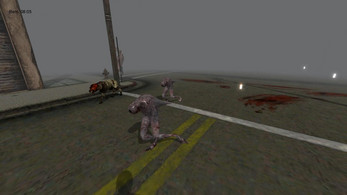 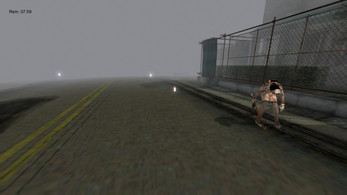 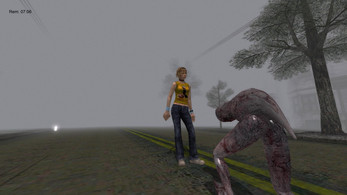 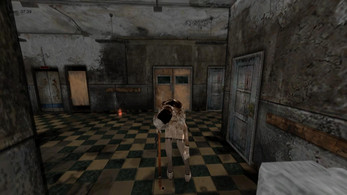 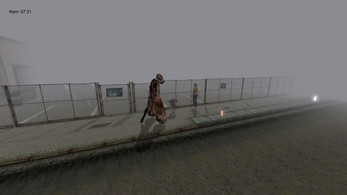